You want to find out more about our product? GET IN TOUCH 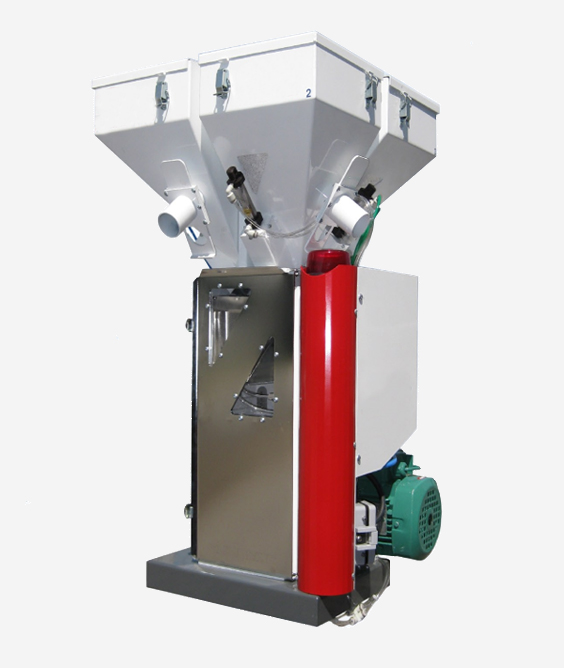 Gravimetric Batch Blender is equipped with 4 material compartments and 4 pneumatic shutters for the dosing of high and low capacity components. The hopper are installed on a metal compact and robust frame.

Each component is dosed in turn through the pneumatic shutters. Before, during and after the batch, the control verifies several times the weight to guarantee the maximum precision. All materials are collected and weighted in a weighing hopper with two load cells. After the weighing operation each batch is mixed into a mixing chamber. The material level in the mixing chamber is controlled by a level sensor installed in the upper part of the mix chamber.

When the level sensor is covered by the material, the control fulfills the preparation batch and waits for a new cycle to ensure a consistent and good mixing. Once the material level falls below the sensor, the batch cycle is repeated.

It is a equipment which could dispenses material in the desired proportions and mix the material in low speed.

It is mainly used in plastic injection molding, extrusion or hollow molding, etc.

It adopts weight sensor and PLC controller to control precise flow of per metering value.

It can accurately control every ingredient of every batch to the desired amounts and is not averaged over multiple batches. 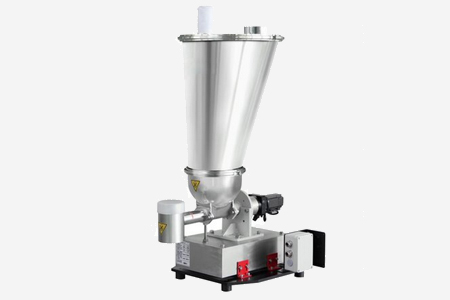 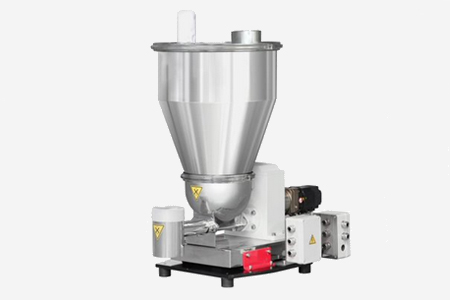 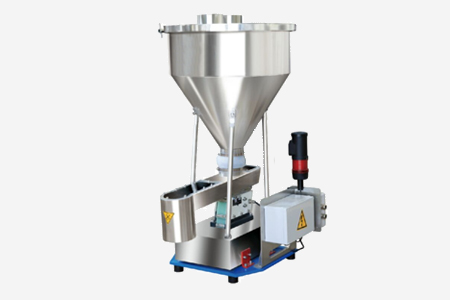 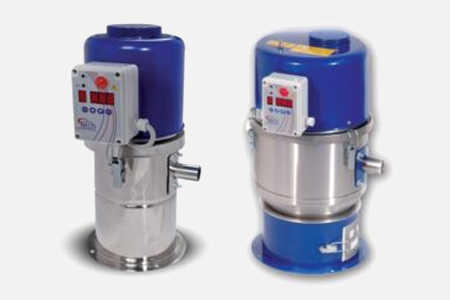 The self-contained vacuum hopper loader may be called by different names such as Loaders, Bin Loaders, Pellet Loaders, Powder Loaders, and Regrind Loaders.